In the 19th century, an art form known as lithophanes was all the rage in Western Europe. These thin engravings were usually made from translucent materials like porcelain or wax. When backlit, a glowing 3D image would appear that would change its features in response to variations in the light source. Now researchers have revived this art form to create tactile graphics to illustrate scientific data that glow with high resolution. According to a recent paper published in the journal Science Advances, these lithophanes are accessible to sighted and visually impaired people, making them a universal visualization tool for scientific data.

"This research is an example of art making science more accessible and inclusive. Art is rescuing science from itself," said co-author Bryan Shaw, a biochemist at Baylor. "The data and imagery of science—for example, the stunning images coming out from the new Webb telescope—are inaccessible to people who are blind. We show, however, that thin translucent tactile graphics, called lithophanes, can make all of this imagery accessible to everyone regardless of eyesight. As we like to say, 'data for all.'"

The word "lithophane" derives from the Greek litho (stone or rock) and phainein (to cause to appear), popularly translated as "light in stone." The art form's roots may date back to ancient China, as many as 1,000 years before the Tang Dynasty. (Historical sources describe paper-thin bowls with hidden decorations.) But to date, no actual lithophanes are known to have been in China before 1800.

Watch this history buff bring big antique bikes back to life in Montreal by Laura Marchand
Friday July 22nd, 2022 at 11:55 AM 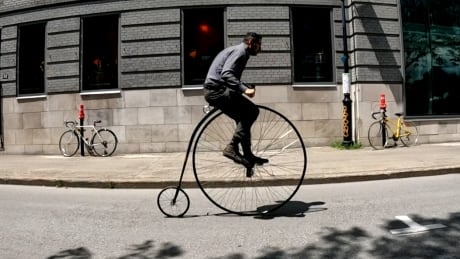 Paul Gauthier, a self-described history buff, can be seen riding his penny-farthing — the large-wheeled, tall-framed bikes from the 1800s — around Montreal's city streets, as he tries to bring a vintage hobby back in style.

Renowned sand artist up against the clock as tide threatens massive installation in Tofino, B.C. by Erica Johnson
Sunday July 10th, 2022 at 9:51 AM 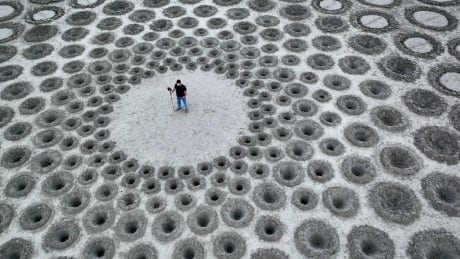 Artist Jim Denevan is in a race against time to finish a sand installation 1,000 metres by 200 metres in Tofino, B.C., before a high tide expected Saturday night washes it away. 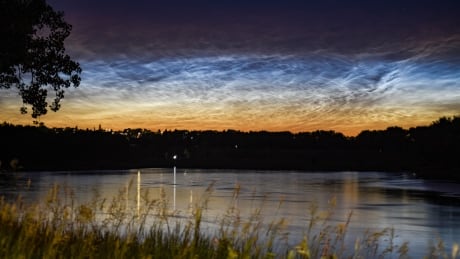 Amazing. Beautiful. Superb. These are words many people use to describe one of the sky’s most beautiful displays: noctilucent clouds. And the time is right for Canadians to try to see them for themselves.

As gas prices spike, Montreal's bike culture seen as model for rest of the country by Jacob Serebrin
Sunday June 5th, 2022 at 9:21 AM 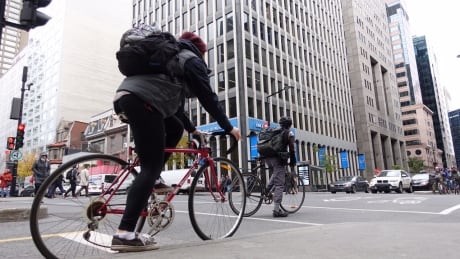 With the soaring cost of gasoline and new vehicles, urban transit experts say the rest of Canada should look to Montreal for lessons on how to boost cycling culture.